Curiously, these Summer Olympics will be held during a winter month: August is “winter” from a local perspective. It doesn’t mean cold weather (air temperatures rarely hit freezing in Brazil, and when they do – typically some dozen miles south of Rio de Janeiro - it is big news) but air temperatures do drop to their annual minimum in August – expect average temperatures around 70ºF/22ºC, though they occasionally drop a bit more. 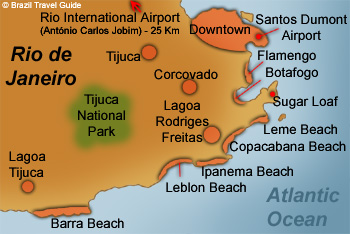 August is a winter month in Rio de Janeiro 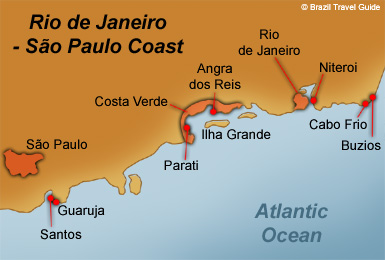 The good news, from a weather perspective, is that precipitation levels are also at their lowest. August is a “dry” month (though afternoon showers aren’t out of question).

And what does this mean, exactly, for travelers?

It means that August can be a good time for city visits or for entertainment – the Summer Olympics events will bring fun and entertainment to Rio de Janeiro - but it’s not the best time for beach going and sea sports.

You can visit year-round tropical destinations, if you want to. You just have to take a domestic flight, and go a few hundred miles North - to Bahia, for instance. Air and seawater temperatures are warm and pleasant in Salvador da Bahia and the many beach resorts nearby, in August.

And it’s also an excellent time to visit the Amazon (or to go to the Pantanal, for bird and wildlife watching). August is a dry (a relatively dry, to be more precise) time in the Amazon, which is a must when visiting the big rainforest (many people go in the worst time of the year).

Further North (closer to the equator) you can also experience an astonishing natural phenomenon: the Lencois Maranhenses, with its hundreds of green lagoons between large white inland sand dunes. But that’s probably too far from Rio.

After all, there are a lot of travel choices near Rio de Janeiro: Paraty, Petropolis, the historic cities of Minas Gerais (that’s a good time to visit Mariana, Ouro Preto or Belo Horizonte), or the Iguassu Falls – the world’s most spectacular waterfalls. August is a very good month to visit the Iguassu Falls...